COURSES ON SALE - #1 Fusion 360 Masterclass and more.
You are here: Home / Design Thinking / Design Intent vs Accuracy vs Fitness-for-Purpose? – Who Rules?

If there is a simple solution to this conundrum it eludes me, but I tend to lean towards “Design Intent” being the grail of the designer, “Accuracy” being the domain of the engineer – something you can quantify and fiddle with later… and finally, “Fitness-for-Purpose” is all about finding the balance, stopping a project being over or under-engineered, but more usually the balance between cost and quality…

With the explosion in popularity of 3D printers in the home suddenly, good or bad, everyone’s a “designer.” Free, easy-to-use design tools such as Tinkercad and pre-processing slicers such as Cura and “cheap” FDM printers give almost anyone the ability to visualize and make stuff. While lesser mortals are content to scour the likes of Thingiverse and MyMiniFactory, maybe tweak what they find and print it, a slowly growing number of “designers” are moving on to more complex tools such as Fusion 360. Designers are producing some amazing stuff (which is both good and bad).

This whole train of thought started a while ago on “a design sharing site” where someone started slating one of my “rubbish designs,” saying it didn’t fit together or do what it was supposed to do and if I was going to “design” rubbish (trash) I shouldn’t bother posting it.

As it happened, the item they were ranting about was a 3D-print designed to be a snug fit on some third-party hardware. I asked if they had read the text accompanying the model and they hadn’t, they’d just downloaded the file and printed it.

Had they actually bothered to read the text they would have known that because of the accuracy required for the design to fit properly it was sketched to size, but it was recommended that some small test prints be made and designed-in offsets “tweaked” to improve the accuracy of specific parts of the print and take into account variations in printer calibration.

I obviously touched a nerve, the torrent of abuse I received at the suggestion that their printer was inaccurate was unbelievable…

“What happens if you print a bigger cube or a hole?”

“I don’t need to, I’ve proved the printer is accurate, it’s your design that’s rubbish”

“How do you know it’s accurate?”

“Because I measured the cube with my calipers.”

“How do you know your calipers are accurate?”

“They just are, they’re digital.”

“Do you have a calibration certificate for them? What’s their resolution?”

In the end, I suggested that they print another cube with a 10mm hole in it and a 10mm peg, fit the two together, and post a photo. After that everything went quiet…

This episode of the cube with the hole and the peg illustrates my point.

When I was an engineering apprentice we would work from drawings with tolerances, some general, some specific to a particular feature. The drawing would convey the Design Intent and tolerances would allow a little “wiggle room” whilst maintaining the required Accuracy. Shouldn’t the same (or at least similar) rules apply when necessary with a 3D printer at home?

My method of handling the problem may be a little unconventional, but it works for me because it allows the sketches to accurately convey the Design Intent, and the “tolerance” or specific offsets in the model, or more precisely, delta (Δ), the change required to achieve the necessary Accuracy. Additionally, renaming these “delta” offsets to be more descriptive of their function in Fusion 360’s timeline helps convey the Design Intent as a whole because they highlight the “tricky” features in the design.

Not everything needs to be “accurate” however, Fitness-for-Purpose also figures in the equation. If you’re printing a D&D figure to paint later does it cosmically speaking matter if it’s 0.15mm bigger than it was designed to be?

On the other hand, you need only look at the hoops we jump through printing male and female threads that need to fit together to see the other extreme!

Both examples are “Fit-for-Purpose” but at opposite ends of the scale. Just like the car salesman’s gag: “Nothing is better than a Rolls Royce, but a Mini is better than nothing.” (Apologies – middle-aged English humour…)

As previously stated; I don’t have an answer for this conundrum, but I’m sentient enough to surmise that we live in an empirical world, and achieving the required “Fitness-for-Purpose” through the happy coexistence of “Design Intent” and “Accuracy” is the real grail… 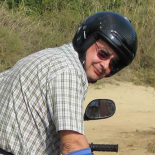